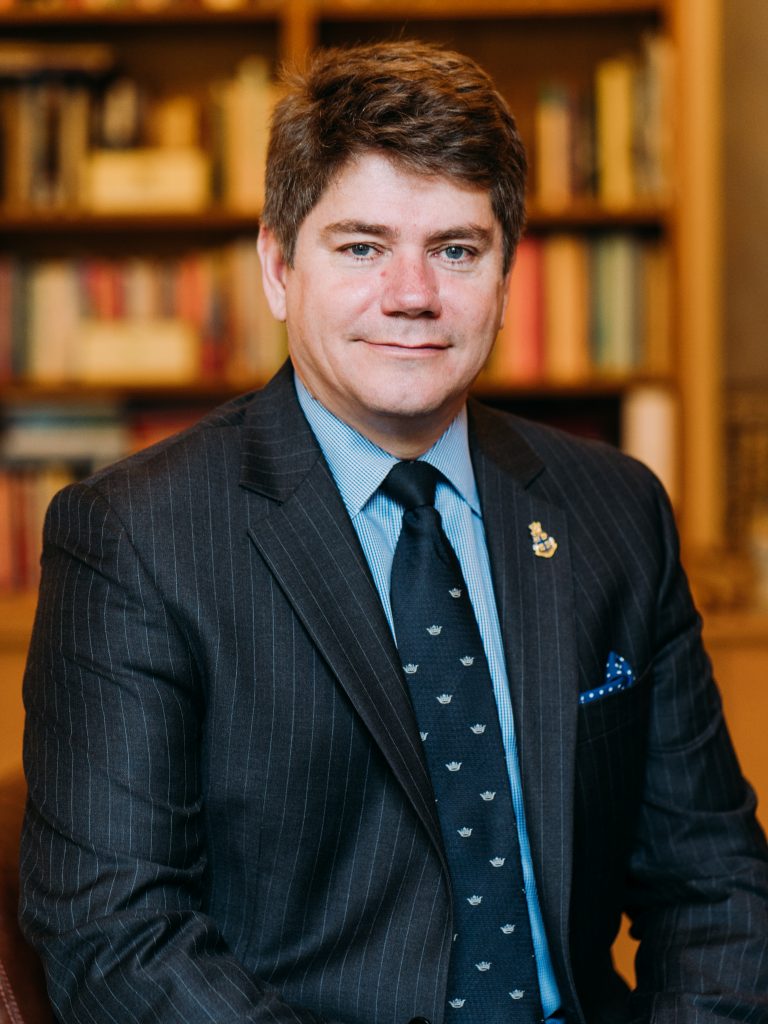 Mark was born in Scotland, and educated at Hermitage Academy in Helensburgh. He studied at the University of Aberdeen, before moving to St Edmund Hall, Oxford, where he became Junior Dean of College.

Mark brings with him excellent experience in a boarding environment. He began his teaching career at Shiplake College in Henley-on-Thames, where he was Head of the History Department, Resident Tutor and Master I/C of Rowing. He then headed back to Oxford in 1999, to become Head of History at St Edward’s School, as well as a Housemaster. While there, he continued with his rugby refereeing, coaching U16s rugby and U15s rowing, and ran the naval section of the CCF.

In 2007, Mark was appointed Deputy Headmaster and Head of Boarding at Felsted School in Essex, where he maintained his coaching and teaching roles. It was from there, in 2010, that he headed north, to take on the role of Headmaster at Ashville College in Harrogate, an HMC co-educational day and boarding school with 870 pupils. He has also been an ISI team inspector and a school governor and is now in his fourth year as Headmaster of Strathallan School.

Mark is married to music teacher Caroline, and has two teenage sons. In his spare time, he enjoys wild camping in the Scottish islands and walking in the hills.