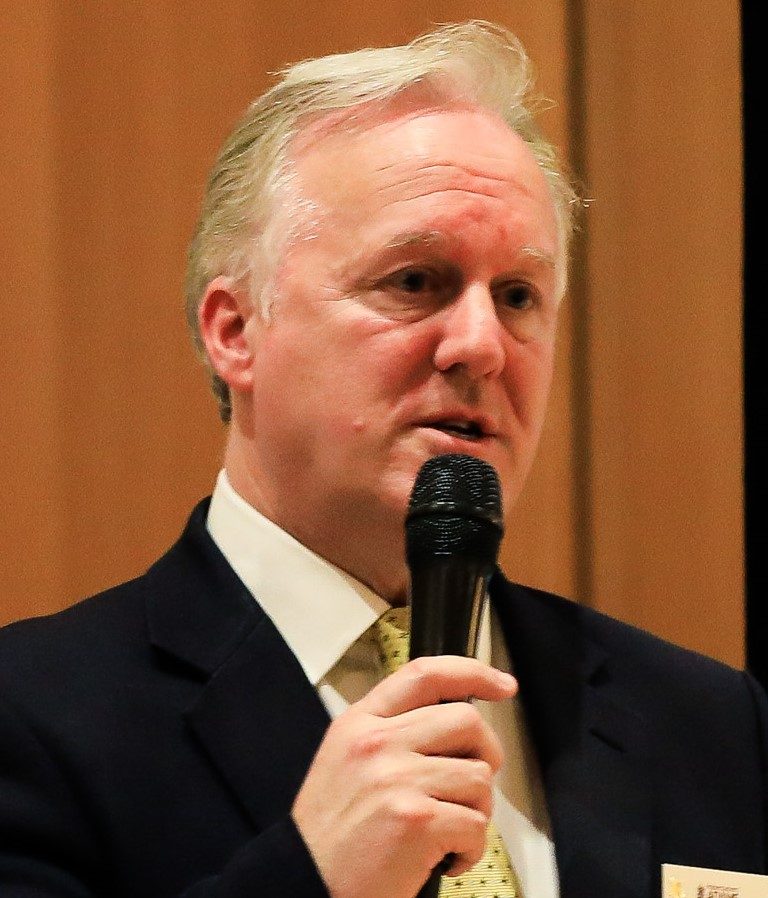 Gary has spent nearly 30 years as a teacher in Telford, one of the most educationally deprived boroughs in the country (at one time second lowest on the national deprivation index). He has devoted his life to improving the chances of the more disadvantaged and deprived children in schools, frequently through the medium of the arts. He has been Headmaster at Haberdashers’ Adams since January 2015, having previously been Deputy Head there since 2008. Born and educated in London, before joining Adams’ he was Head of Performing Arts at Ercall Wood Technology College in Telford, Shropshire, for nearly 17 years.

As an award-winning youth theatre director, he has directed over 40 plays over his teaching career and has directed two full-length films. At Ercall Wood he introduced a touring theatre company for GCSE students which has subsequently toured to venues such as Barcelona, Verona and the Edinburgh Festival. These plays often were performed by young people who had little or no previous experience of the arts. He also has been at the forefront of introducing new technology into Drama teaching and has been approached twice to trial new educational software before it has been released worldwide. Gary has taught in Australia as part of a British Council initiative, and his work and methods have been the subject of both BBC and PhD research, have been filmed by the Department for Education, and have been featured in an article in the Times Educational Supplement. A former finalist in the Teacher of the Year awards, he was awarded a Special Commendation for “extraordinary work in the arts” (National Teaching Awards 2000) and also awarded a DfE Bursary for Good Practice (2001).

His educational path has taken him all over the world, as he has been invited to present his work at conferences in Prague, Texas, Melbourne, Greece, Dubai, the Cayman Islands, and throughout the UK. He has also been invited to lecture at the Liverpool Institute for Performing Arts (LIPA) on the current role of Drama in education, and has studied with professional directors at both the National Theatre and the Royal Shakespeare Company.

In terms of his work for social mobility in 2010 he was invited to deliver a lecture on raising achievement through the arts in education at Harvard University in Boston, and as a result of his work in the field of education and social mobility he was elected as a Fellow of the Royal Society of Arts last year. His success in this area was the subject of an interview in The Guardian, and subsequently he appeared on both BBC television and Radio 4’s “The World at One” and “Today” programmes. As a further endorsement, in 2017 he was invited to meet the Prime Minister Teresa May at No.10 as part of a small reception for schools that have done what she described as “exceptional work in the field of social mobility”.